In September 1875, Dvorak (1841-1904) lost a young daughter after a freak household accident. Soon after, he turned his attention to setting the Stabat Mater, a popular poem attributed to Jacop da Todi (1230-1306), which views the crucifixion from the tragic perspective of a mother losing her child. Before the score was finally complete, Dvorak lost two other children, although by then, the composition as we know it was substantially complete.

The Stabat Mater was enthusiastically received, although many critics felt the undisputed attractiveness of the music inappropriate for such a text. Audiences were less inclined to quibble, particularly in England, where it enjoyed immense popularity. Later though, it fell out of fashion and by the 1960s, was almost never performed. In recent years, as Dvorak’s oeuvre is being reassessed, the Stabat Mater has reestablished itself in the choral repertoire, and is generally regarded as the most successful of Dvorak’s sacred works.

Dvorak divided the text into ten movements, expanding the Stabat Mater into a full-scale oratorio. Only three movements exclude the chorus. The principal theme of the first movement returns in the last, and the Amen is the only fast section in the whole work. There are many expressive melodies, almost all of a devotional nature, and their treatment is unfailingly fresh and varied. The second movement, for example, opens as a four-part canon, and in the fourth and sixth movements the chorus sings as a refrain to the solo sections. Dvorak’s use of chromaticism is extremely effective, but never cloying, and the orchestral scoring has many imaginative touches. The first performance was given in Prague in 1880, and the first outside Czechoslovakia was in London, conducted by Joseph Pamby in 1883, which effectively established his reputation in England, leading to a lucrative source for future commissions. 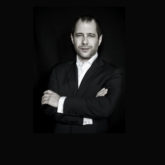 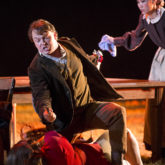 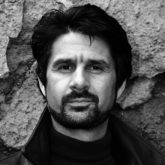