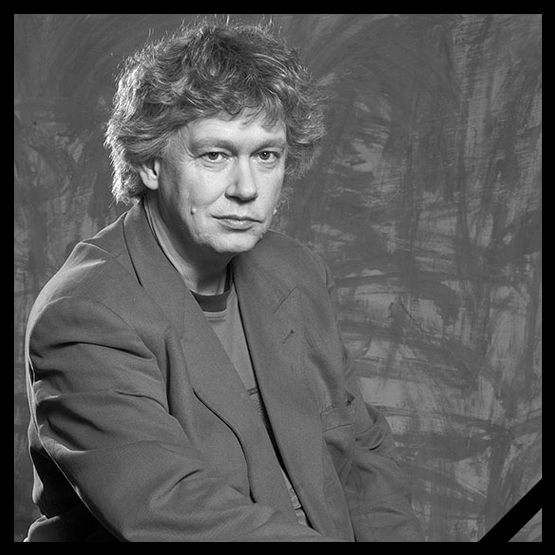 For more than forty years Zoltán Kocsis had been one of the most significant and versatile musicians in Hungary. He was one of the few Hungarian musicians who were highly regarded on the international scene as well. His career started at the age of 18 when he triumphed at the Beethoven Piano Competition organised by the Hungarian Radio. Following that victory he received an increasing number of invitations to the music centres and festivals of Europe, Northern and Southern America and the Far East. He was only 25 when Sviatoslav Richter invited him for a recital and four-hands piano concerts with him during his festival in France and the second Schubertiade in Austria. At the Budapest Academy of Music Zoltán Kocsis learnt from Pál Kadosa, Ferenc Rados and György Kurtág among others. As a soloist he performed with some of the best orchestras in the world, such as the Berlin Philharmonic, the Royal Philharmonic Orchestra, the Vienna Philharmonic, the Chicago Symphony Orchestra and the New York Philharmonic. He worked with the greatest conductors such as Claudio Abbado, Christoph von Dohnányi, Edo de Waart, Charles Mackerras, Lovro von Matačić, Charles Dutoit, Herbert Blomstedt, Michael Tilson, Thomas, Colin Davis and Lorin Maazel. He was globally known as one of the leading promoters and  interpreters of Béla Bartók’s works. The central part of his repertoire also contained works of Claude Debussy and Rachmaninoff. His record containing piano pieces of the French composer won multiple awards and the recording of  Rachmaninoff’s all four piano concerts performed with the San Francisco Philharmonic conducted by Edo de Waart was a great success. He was also considered to be one of the best performers of the music of György Kurtág, who even dedicated several of his works to him.  Kocsis had been the artistic director of the award-winning Bartók New Series launched in 2006. The series included authentic recordings of works of Béla Bartók, one of the greatest composers of the 20th century,  giving full consideration to the composer’s intentions and performed by the most prominent Hungarian musicians. The series comprised Kocsis’s brilliant performances of Bartók’s complete works for solo piano and outstanding recordings of the composer’s orchestral works conducted by Kocsis.  The new recordings of Duke Bluebeard’s Castle and the Miraculous Mandarin were completed in 2016. The first album of Bartók’s choral works was released in May 2016 with Mátyás Antal conducting the National Choir and the Slovak Philharmonic Choir with  Zoltán Kocsis’s son, Krisztián playing the piano. The series has won numerous prestigious awards (Midem Classic Award, Diapason d’or, Pizzicato Supersonic Award, Hungaroton Gold Album, Hungaroton Platinum Album, “Choc” Award of Le Monde de la Musique, Diapason Award, Gramofon Classic Music Award, BBC Music Magazine Award nomination). Zoltán Kocsis also features in the box set entitled Great Pianists of the 20th century released in 1999 by Philips Records, a major record label.

In 1997 Kocsis took over the management of the National Philharmonic Orchestra (formerly known as the Hungarian State Orchestra), which was considered to be one of the best symphonic orchestras in Hungary.  His appointment was a major milestone in the history of the orchestra and his career. During the two decades of his management he created a new and distinctive profile for the orchestra, which is still valid today. Besides the classics, the orchestra plays great compositions  missing from conventional repertoires and notable works of Hungarian composers. Under the management of Kocsis, the orchestra performed some of the rarely played operas and ballets of Richard Strauss (in chronological order: Daphne, Capriccio, The Silent Woman, Legend of Joseph and Peace Day). The orchestra was the first in Hungary to perform Arnold Schoenberg’s grandiose cantata, the Gurre-Lieder and his unfinished opera entitled Moses and Aron. The latter caused an international sensation as Zoltán Kocsis had completed the third act in line with the composer’s instructions with great stylistic consistency. The orchestra conducted by Kocsis also performed Debussy’s opera entitled Pelléas and Mélisande and his cantata: The Prodigal Son. Kocsis was also actively promoting 20-21. century contemporary Hungarian music by performing works of  outstanding Hungarian composers like György Kurtág, Zoltán Jeney, Sándor Szokolay, Attila Bozay and Zsolt Durkó.

Kocsis regularly offered masters courses and he was constantly searching for talented young musicians to support. He enjoyed working with young musicians from Hungary and from all around the world. Kocsis gave very successful concerts at major festivals in Edinburgh, Paris, Tours, Lucerne, La Roque d’Anthéron, Salzburg, Prague, Menton and Verbier. He was regularly invited to sit on the juries of international competitions.

In addition to his numerous activities, Kocsis was also a composer. In an interview he admitted that he would have wanted to spend more time with composing. In 1970s he used to be a member of an influential Hungarian contemporary music workshop, the New Music Studio.

In 2010 his thorough knowledge of music styles was demonstrated by his composing exercises in style based on a popular Hungarian Christmas song entitled: Kiskarácsony, nagykarácsony (Little Chrismas, Big Christmas). He composed 47 variations of this song in various styles from the history of music.  The concert film containing this composition came out before Christmas 2011 on DVD.

Zoltán Kocsis orchestrated and transcribed for piano as many as 140 musical pieces of Bach, Haydn, Johann Strauss, Dvořák, Debussy, Ravel, Rachmaninov, Wagner, Enescu, Bartók and Kodály. Kocsis, a two-time reciepient of the Kossuth Award, was awarded the Prima Primissima Prize, the l’Ordre des Arts et des Lettres of the Republic of France and Hungarian Olympic Committee’s Fair Play Life Award. He was full member of the Széchenyi Academy of Literature and Art. In every May for more than 25 years he had been giving charity concerts on his birthday for the benefit of the International Children’s Safety Service. He was actively working during his serious illness until his death on 6th November 2016. Béla Bartók was the same age when he died.