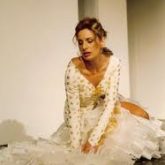 END_OF_DOCUMENT_TOKEN_TO_BE_REPLACED

“Beethoven’s music opens the floodgates to horror, fear, terror and a deluge of pain, and awakens the infinite longing which is the essence of romanticism. Beethoven is purely romantic and it is precisely for this reason that he is a musical composer; this is perhaps why he is generally less successful with vocal music which does not give room to such unlimited longing with effects depicted merely by words, and that his instrumental music rarely addresses the masses.” These thoughts are from E. T. A. Hoffman’s famous Beethoven article, reviewing the Fifth Symphony. The introductory part of this study, published in 1810, “must be counted as one of the founding charters of romantic musical aesthetics”, said one of the most important thinkers of 20th century German musicology, Carl Dahlhaus. The first serious sketches for the symphony date from 1805, and it was composed in 1807-1808. After its premiere in December 1808, Beethoven made some further alterations to the score.

We must accept as authentic Schindler’s memo that Beethoven identified the famous motif in the opening movement with “fate”: “Fate is banging on the door.” The entire symphony exemplifies man’s desperate battle and the final triumph of human will (Finale). The basic idea is per aspera ad astra – through rough ways to the stars. “Pretty much every bar of this symphony serves this basic ideal. It is perhaps less rich than the Eroica in its diverse images and flexible episodes, but a good deal more contained and logical, and enjoys a more unified texture. In truth: the logic with which the movements follow one another is perhaps stronger in this Beethoven work than anywhere else.” (Dénes Bartha)

The Fifth Symphony is Beethoven’s best known work (the most quoted and the most “used”) and one of the corner stones of 19th century musical thinking. It has perhaps, as a staple component of the 20th century concert repertoire, even been over played and is a favourite example of formal analysis. Its musical design and thematic construction is so astoundingly terse and logical that it gives body to a dynamic musical structure which not just bequeathed the foundations to the musical taste of the ensuing century but is also a summation of the essence of the musical language of the preceding decades of classicism, that of Haydn and Mozart.