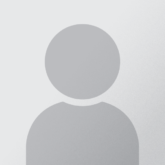 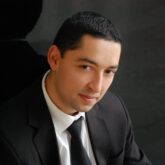 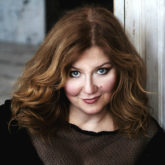 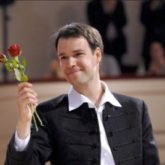 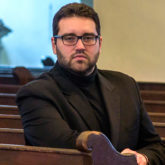 The opening of Beethoven’s Fourth Piano Concerto has no parallel in the repertoire. Concertos usually begin with a powerful orchestral introduction that exudes energy. In virtually all of the concertos of Mozart, Haydn and their contemporaries, the solo instrument only makes its entry after this first orchestral statement, by which time the orchestra has already stated the main material. In Beethoven’s G major concerto, the piano begins with an infinitely simple passage that presents in a hushed confession, the principal motif. It creates the effect of the composition unfolding from the personal confession of the soloist. The orchestra then answers the pianist’s phrase in a distant B major. Such tonal daring at the beginning of a work was not to be repeated again until Liszt’s A major concerto, written fifty years later. The first movement continues in more traditional vain: we hear a sonata form bridging section and subsidiary and closing themes. Since the concerto began with a tender, pianissimo theme, on this occasion the secondary theme is of a more "masculine" character.

The slow movement has encouraged some to interpret it in the light of the Orfeus myth. This association is not without foundation, since the piano solo pits extreme eloquence against strange unison replies from the orchestra, a depiction perhaps of the furies from another world being tamed by Orfeus’s song.

The finale follows on attacca from the slow movement. Its principal theme appears from afar. Initially it not only played softly, but approaches the basic tonality of G major from C major. Orfeus then has escaped from the world of the shades, and listening to Beethoven’s music, it appears he has extricated Euridice: one of the characteristic themes of the closing rondo proclaims triumph and happiness

The G major piano concerto was first performed in 1807 in Prince Lobkowitz’s palace. Beethoven was the soloist, although this was to be the last occasion when he undertook to perform a concerto in public.

Beethoven : Christ on the Mount of Olives, op. 85

Beethoven’s only oratorio Christ on the Mount of Olives received its premi?re on 8 April 1803, the Tuesday of the Holy Week in that year, at the Theater an der Wien. Composed to the text of Franz Xaver Huber, the oratorio tells the beginning of Jesus’s passion, his fear of death during the night spent in the Garden of Gethsemane and his capture. It consists of six main parts:

5. capture of Jesus (recitative and chorus); recitative and trio (Peter (bass), Jesus and Seraph), final chorus with tenor solo.
Beethoven’s Christ is a dramatically conceived oratorio, highlighting Jesus’s human nature, fears and emotional turmoil. Typically, the composer wrote Jesus’s part for tenor solo, and the Saviour enters at the start of the work in a recitative and an aria almost like an operatic hero. Jesus’s capture in the fifth part is depicted as a complex dramatic series of events, condensed in the music of the two choirs: the brute force of the soldiers and the paralysed, fearful disciples. The dramatic character is no accident, since Beethoven had in fact signed a contract with the Theater an der Wien for composing an opera. Because he was getting on slowly with this project, he instead composed an oratorio of a solitary, afflicted man, which many critics believe to be a preliminary to Fidelio. Another parallel with Christ’s solitude and anguish in the oratorio presents itself in the famous Heiligenstadt Testament which the solitary Beethoven, facing the dread of complete deafness, had composed in October 1802.