As we all know, Mozart left us his Requiem in an unfinished state. He wrote no more than eight measures of the Lacrimosa movement, drafted a fugue theme for the closing movement, and outlined the two movements following the Offertorium, but nothing else of the remainder. Since a nobleman who refrained from revealing his name had commissioned the work for a substantial sum, Mozart’s widow went looking for help to complete it. Several composers turned down the task, leaving Franz Xaver Süssmayr, a friend of modest talent, to finish the job. He salvaged what could be salvaged. He kept away from the fugue theme, as he did not know how to write a fugue. It was in this form that the work became widely known. While numerous better and more stylish attempts were made in the 20th century to complete it, none of them became widespread. Süssmayr’s version remained beloved by posterity. Was this a miracle? Had Divine Providence multiplied the skills of a mediocre musician? No, says Alon Schmuckler, a music historian blessed with a powerful imagination. The explanation is simple. It was Mozart himself who finished the piece. Because he had merely feigned his death in December 1791 in order to avoid the onerous taxes. After the faked funeral, Mozart moved to Budapest, took a room with the widow Mrs Tamássy, and had many adventures thereafter. Naturally, Konstanze was in on all this too. It is a beautiful story. The audience can decide whether they believe in the miracle or in the colourful story. Or perhaps they believe in neither and prefer to create their own new ending. The so-called “little” Symphony No. 25 in G minor and Weber’s Clarinet Concerto No. 2 raise no such questions. That would be too much for one evening. 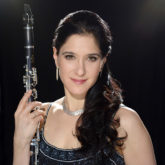 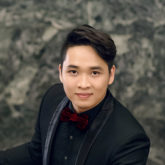