Dedicated to the memory of Zoltán Kocsis, the first work in the programme is one of the maestro’s many transcriptions. Vallée d’Obermann is a philosophical work in Liszt’s Swiss chapter of Années de pèlerinage. The original score contains numerous notes concerning orchestral effects, based on which Kocsis created a transcription that could easily have been written by Liszt himself. Kocsis was always active as a composer and wrote a piece of funeral music in memory of the victims of the Chernobyl nuclear catastrophe, which also features in tonight’s programme. The maestro’s son, the highly gifted Krisztián Kocsis performs a Mozart piano concerto. The programme rounds off with Richard Strauss’s Metamorphoses, a study for 23 solo strings, which was composed in the last months of World War II, with an atmosphere redolent of mourning over millennial European culture. The title alludes to the theme of the funeral march of Beethoven’s Eroica, which is cited in Strauss’s half-hour, one-movement work. 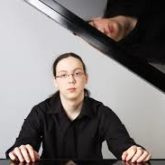 Vallée d’Obermann is certainly the best-known among the movements of the present suite.  No dance or march, it is a grandiose dramatic tableau and one of the earliest, and most powerful, examples of Lisztian program music.

Étienne Pivert de Senancour (1770-1843) published his novel Oberman (Obermann in later editions) in 1804.  The protagonist is a real Byronic hero years before Byron’s Manfred and Childe Harold; like them, he is estranged from society and seeks relief for his intense emotional suffering by communing with a nature he worships.  Senancour spent many years in Switzerland, and the memory of the Alps was a major source of inspiration for the novel, which was written in epistolary form.  The program of Liszt’s piece is expressed in the three quotes—two from Senancour and one from Byron—printed in the score.

What would I?  What am I?  What must I ask of Nature?….Every cause is invisible, every aim deceptive; every form changes, all continuance comes to an end….I feel, I exist simply to be the prey of untamable desires, to be besotted by the spell of a fantastic world, and to stand aghast at its dazzling falsity.

Inexpressible responsiveness, alike the charm and torment of our idle years, profound sense of a Nature everywhere overwhelming and everywhere inscrutable; infinite passion, ripened wisdom, ecstatic self-surrender, everything a human heart can hold of need and utter weariness, I felt them all, sounded the depths of all, during that memorable night.  I took an ominous stride towards the age of decline; I swallowed up ten years of my life.

Could I embody and unbosom now

That which is most within me,–could I wreak

My thoughts upon expression, and thus throw

All that I would have sought, and all I seek,

Bear, know, feel, and yet breathe—into one word,

And that one word were Lightning, I would speak;

But as it is, I live and die unheard,

With a most voiceless thought, sheathing it as a sword.

The first version of Vallée d’Obermann goes back to the 1830s and was published in 1842 as part of Album d’un voyageur.  After settling in Weimar, Liszt completely revised the work.  Although the technical demands remained undiminished, the emphasis shifted from virtuoso display to dramatic expression.  Similarly to the symphonic poems on which he was working at the same time, the idea of “character variation” comes strongly to the fore.  Thus, the expressive opening melody, first heard in the bass register, becomes intensely passionate in the “recitative” section before pressing on, ever livelier and more powerful, towards the stunning final dénouement.

It was in this form that Vallée d’Obermann was published in 1855 as part of Book I (“Switzerland”) of the Années de pèlerinage.  Liszt attached great significance to this piece.  When, around 1880, Eduard Lassen arranged it for piano trio, Liszt composed a new introduction, and then proceeded to write not one but two piano-trio versions of his own.

The anniversary of the death of Zoltán Kocsis is a fittingly solemn occasion for performing one of his early works, Memento, a 20-minute piece for large orchestra. In addition to the usual groups of instruments, Kocsis included some rare instruments, such as a hurdy-gurdy, a guitar, an accordion, a piano, a pedalled electric organ, a carillon, bells and a vibraphone. The music can be divided into two main parts. In terms of style it resembles Arnold Schoenberg, with references to contemporary composers, such as Kurtág. In spite of the large apparatus, the musical fabric is extremely light and every instrument can be distinguished. Memento is by no means programme music. The first, dense, chaotic section is followed by dramatic silence. The main elements of the “slow” movement is an E pedal note, with upward rising scales, reminiscent of the opening movement of Bach’s Matthew Passion.

Mozart composed his K 467 C-major piano concerto in March 1785, as a counterpart to his famous D-major concerto, composed a month earlier. It was intended to offset the gloomier K 466 concerto, with a brilliant C-major character enhanced by trumpets. The opening movement is characterised by an abundance of characters, and even the main theme consists of three different motifs. The winds play a crucial role in the unusual movement, as in the finale, with a dialogue of the different groups of instruments, lending it an operatic character. The F-major Andante is one of Mozart’s most inspired slow movements. The orchestral introduction is reminiscent of Mozart’s serenade music, which is followed by an irregular piano cantilena. The shadows of the night pass soon, however, and the 29-year-old composer’s masterpiece ends with a witty sonata-rondo movement.

“I take my hat off to Strauss the composer, but I’d put it straight back on my head if I was standing before Strauss the man,” said Arturo Toscanini on one occasion. Toscanini could never forget that after he quit the 1933 Bayreuth Festival in protest at its banning of Jewish musicians and composers, Richard Strauss had no qualms in assuming his place. To this day, bitter arguments are waged whether the famously apolitical Strauss can be criticised for his culpability in doing nothing to obstruct the Nazi propaganda machine and for allowing the music loving Hitler and Goebbels to exploit his talent to their own ends. “Great minds make great mistakes” goes the saying, and there is also the example of one of the greatest figures of 20th century philosophy, Martin Heidegger, who deeply believed in Hitler and the renewal of German culture. Strauss, who was born Munich, a hot bed of pan-Germanic nationalism, didn’t exactly need his arm twisting to accept his appointment as President of the Reich’s Chamber of Music or to write the Olympic hymn for the 1936 Olympics. Strauss, who was less at home with questions of ideology, perhaps did not even notice that at the end of his long life, he was living in an era which confronted his creative spirit with the main flow of world history, but was working in a country in which music and politics were inseparable from each other.

The first sketches of musical material for Metamorphosen were produced in 1943 with the title “Grief for Munich” after Strauss’s beloved city was carpet bombed. He wrote about his feeling in a letter: “The Munich court theatre burned down, the theatre, where Tristan and Die Meistersingers were premiered, where seventy three years ago, I heard Der Freischutz for the first time and where my father was principal horn for forty nine years – it is the greatest tragedy of my life. There is nothing that can console me and at my age, there is no further hope.” The work itself underwent numerous “metamorphoses” before achieving its final form, and many musical ideas derive from a planned choral work setting a Goethe poem (Niemand wird sich selber kennen). The final impetus for composing the work was given by Paul Sacher whose chamber orchestra, Collegium Musicum commissioned a string work from Strauss, who by then was living in neutral Switzerland, in August 1944. The composition of his “study” for 23 string instruments began but Strauss had other outstanding commitments that slowed his work on the score. He only resumed composition in January 1945, and completed it in late March. Meanwhile, the infamous Allied air raid on Dresden on February 13th and 14th had left vast numbers of people dead or injured and totally destroyed what was arguably a strategically irrelevant city. “I’m in a mood of despair” he wrote. “The Goethe House, the most supreme shrine in the world is in ruins! Dear Dresden, Weimar, Munich, all destroyed.”

Metamorphosen is regarded by some as the saddest work in the literature: it is Strauss’s funeral music in which he mourns the fate of Germany. The composition quotes Marke’s lament from the second act of Tristan and Isolde and through out it is permeated by a motif which is reminiscent of the funeral march from Beethoven’s Eroica symphony. Strauss himself only noticed the similarity during composition and at the end of the work, when the cellos and double basses quote the Beethoven theme exactly, wrote on the manuscript: “In Memoriam”. Musical historians are divided quite what Strauss was referring to. In 1947, a newspaper article appeared in which the author accused Strauss, arguing that just as Beethoven buried Napoleon in the slow movement of the Eroica, so Metamorphosen was raising a memorial to Hitler rather than the victims of the war. It is true that Strauss never asked forgiveness for his collaboration with the Nazi regime and during the post war “de-Nazificiation” period, never admitted that he had been mistaken earlier. His followers naturally defended Strauss, pointing to the composer’s apolitical ideology and the absolute musical nature of the work.

However, these interpretations say nothing about the nature of this moving music, perhaps the very last work composed in the Wagnerian spirit in music history. It is 30 minutes long, played without a break and is an undulating polyphony comprising of the linking, fading and rebirth of small motifs and melodic fragments of varying lengths. The infinite lament of the strings seems to evoke Mahler, Strauss’s colleague from forty years before. The transcendence of Metamorphosen is itself a kind of evocation of the closing movement of Mahler’s Ninth Symphony and the adagio of the unfinished Tenth. Strauss, who was generally far more at home in the everyday world, only confronted the hell of the world in his music much later in his career than Mahler, who was much more refined and sensitive in this respect.

Although the world views of Richard Strauss, with his support for the Nazi regime and the émigré Thomas Mann were light years apart, it is hard all these years after the great calamity not to link Metamorphosen to the sentiment expressed in the final lines of Mann’s novel Doktor Faustus: “Germany, the hectic on her cheek, was reeling then at the height of her dissolute triumphs, about to gain the whole world by virtue of the one pact she was minded to keep, which she had signed with her blood. Today, clung round by demons, a hand over one eye, with the other staring into horrors, down she flings from despair to despair. When will she reach the bottom of the abyss? Then, out of uttermost hopelessness – a miracle beyond the power of belief – will the light of hope dawn? A lonely man folds his hands and speaks: ‘God be merciful to thy poor soul, my friend, my Fatherland!'”