Concert on the anniversary of the Austro-Hungarian Compromise

Celebrating the 150th anniversary of the Austro–Hungarian Compromise (1867), the concert will be conducted by Csaba Somos at the helm of the National Philharmonic Orchestra.

The programme will feature works by Ferenc Erkel, Ödön Mihalovich and Mihály Mosonyi, as well as Liszt’s Piano Concerto in E-flat-major, with the young Japanese winner of the 14th Ferenc Liszt International Piano Competition, Sakata Tomoki, as soloist. 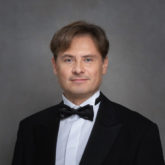 Csaba Somos has served as the choirmaster of the Hungarian National Choir since 1 April 2016. Throughout his career, he has focused simultaneously on vocal and instrumental music. With an artistic credo centred on passionate interpretation, he puts his energy into achieving a penetrative musical power that is goes beyond the level of mere professionalism. 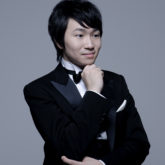 Ferenc Erkel’s Festival Overture, his only work of symphonic proportions, is linked with the anniversary of possibly the most important cultural institution in country, the National Theatre. Erkel had created national opera under its roof, and went on to compose what would become Hungary’s national anthem. Both this and Appeal, the nation’s “second” national anthem, are cited in the Festival Overture, as are scores of themes from other operas.

Ferenc Deák, “the sage of the country”, one of 19th-century Hungary’s most important public figures, died on 28 January 1876. In the same year, the young Ödön Mihalovich composed a large-scale, moving funeral march for orchestra, which he dedicated to the memory of Ferenc Deák. A pupil of Mihály Mosonyi, Mihalovich was known in Hungary as a “Wagnerian” in spite of his efforts to meld universal musical achievements with the Hungarian style. Funeral Music is a case in point, with many references to Liszt over a solid German-music background.

Liszt made his first sketches for the E flat major piano concerto around 1830 while still a teenager. He only began to refine the full details while living in Weimar in the 1850’s. His work was characterised by immense care and self-criticism, and in all, he produced five versions.  It was premiered finally in Weimar on February 17th 1855: Liszt was the soloist while the visiting Berlioz conducted. Although the work is in four movements, they are forged together into a single immense unit. The opening section begins with the energetic, heroic theme played by the orchestra, which is then followed by the piano in a bravura cadenza, marked by Liszt “grandioso.” The principal orchestral theme undergoes various transformations but returns again and again in such a way as to be instantly recognisable – except in the tender slow movement. This is in B major, marked Quasi Adagio, and a beautiful cantabile melody emerges, played first by the muted strings to a chordal piano accompaniment. The solo cello receives an important role, but towards the end of this section, the flute suddenly interjects the playful anapaestic theme. Beats on the triangle indicate the Scherzo has begun. In the final movement, there is no new theme. We hear what has already been presented, but utterly transformed in character. The melody that is at the centre of the dreamy slow movement has now become an abrasive march theme.

Kornél Ábrányi Snr, a friend of the celebrated composer, wrote, “this dramatic masterpiece captures with such fidelity the mourning of the nation,” that it made Mosonyi “a celebrated national composer overnight”. The piano score of the funeral march appeared just three weeks after the “greatest Hungarian”, Count István Széchenyi died on 8 April 1860. Mosonyi is said to have written the piece in a single day. The orchestral version is dated August the same year, and the work received its première in December, under the baton of Ferenc Erkel.

Liszt’s symphonic poem Hungaria is one of his twelve Weimar compositions in the same genre. It is a milestone in Hungarian music history in that it is the first Hungarian-style symphonic poem. Liszt intended it as a response to the poet Mihály Vörösmarty’s ode inspired by his concerts in 1839 and 1840 in Pest. Although the musical material of Hungaria largely dates from the Reform Era, it is a reflection on the revolution and war of independence of 1848, not unlike the piano piece Funérailles. The world première was conducted by Liszt himself in Pest. The effect was in elementary: “everyone cries, both men and women,” the composer recalled.