The Dreams of Childhood

“My introduction to you, dear Budapest public, might seem a little challenging when you see the program titles on paper.  While the works we are presenting on my debut program with the Hungarian National Philharmonic Orchestra may perhaps be quite unfamiliar to you, I hope that you will give these 3 pieces and composers a chance.  I think you’re in for some pleasant surprises!  Interestingly enough, both the Britten and Walton pieces were written @ 1933-34, and Toru Takemitsu was born in 1930.  Wartime and cross-global connections.  I hope all three works will pique your curiosity about the rich musical cultures of wartime England and post wartime Japan. All three composers also composed for films, which you will certainly be able to hear in the masterful and colorful orchestrations and ever-changing atmospheres, whose sound palettes express these composers’ personal musical uniqueness, and the influences of their times.”

In 2016, the English writer David Mitchell gave a novella to the employees of an Oslo library that had not yet opened with the provision that his work would remain sealed and unread until 2114. Those seized by curiosity regarding what this text that will stay secret for almost a century might contain now have an opportunity to venture a guess. This is because the novella’s title – From me flows what you call Time – corresponds to that of a work by a Japanese composer. In 1990, Toru Takemitsu composed a unique concerto of the same title for five percussion soloists for the occasion of the 100th anniversary of the opening of New York’s Carnegie Hall. The Amadinda Percussion Ensemble will make sure that the time the audience spends at this concert will be well spent. Bookending the Japanese work will be two English symphonies written around the same time (between 1933 and 1935). The first is by a young Benjamin Britten, who composed a piece for string orchestra in four acts using the melodies of minor compositions he had written in childhood. The other is the first work in the genre by William Walton, Britten’s senior by 11 years. (He would go on to write one other symphony.) A British musicologist has said that, while Walton is probably not ranked by posterity as one of the greatest composers of the 20th century, his first symphony will certainly eventually be considered one of the major works of the 1900s. 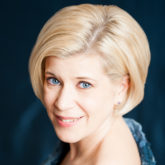 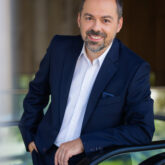 Szabolcs Joó currently plays timpani with the Hungarian National Philharmonic and teaches percussion at the Franz Liszt Academy of Music.

From me flows what you call Time

Symphony No. 1 in B-flat minor