At its electoral general assembly held on 13 July 2020, the Association of Hungarian Orchestras elected Domonkos Herboly, general director of the Hungarian National Philharmonic, to serve as its new president. 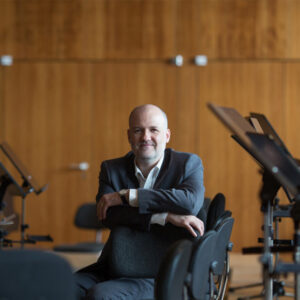 Géza Kovács, who had served in the position of president since 2008, indicated previously that he did not wish to put his name forward again for the office. Péter Popa will continue to handle the responsibilities of general secretary. Sándor Gyüdi, György Lendvai and Zsolt Horváth will continue to serve as members of the board through the next three-year cycle.

Taking part in the general assembly was György Vashegyi, president of both the Hungarian Academy of Arts and the National Cultural Council, who informed the representatives of the symphony orchstras about the changes for this year and next year that will be affecting their organisations, as well as of the government’s intention to increase its support for them.