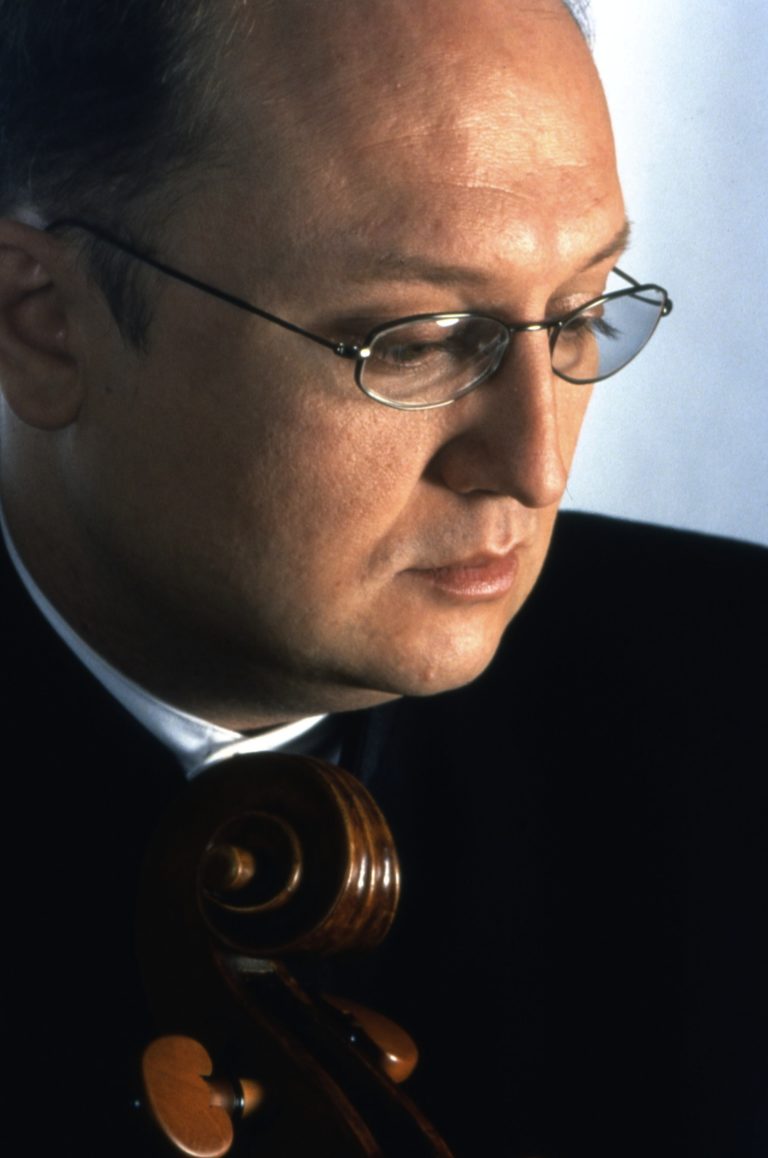 Winner of the Silver Medal at the 1986 International Tchaikovsky Competition while still a student at the Moscow Conservatory, Suren Bagratuni has gone to a distinguished international career as a soloist, recitalist and chamber musician. In addition to performing throughout the former Soviet Union, he has toured worldwide earning enthusiastic praise in both traditional and contemporary repertoire. Born in Yerevan, Armenia, Mr. Bagratuni began his musical education there at the age of seven. After winning several national and international competitions he continued his studies at the Moscow Conservatory and later in the United States, at the New England Conservatory of Music. His teachers include such legendary cellists as Daniel Shafran, Natalia Shakhovskaya and Laurence Lesser. Suren Bagratuni began performing at age ten, and by age fourteen appeared as a concerto soloist performing Saint-Saens' Concerto with Armenian State Radio Orchestra. Since that time he has performed with all the major orchestras in the former Soviet Union, including the Moscow Philharmonic (under the direction of Valery Gergiev), and has also appeared with the Boston Pops, the Weimar Staatskapelle, Stuttgarter Kammerorchester to name a few. His solo appearances have included recitals from Moscow, St.Petersburg, European towns, to Johannesburg, Carnegie Hall's Weill recital hall, Jordan hall in Boston. A performance there of the Shostakovich d minor Sonata prompted the Boston Globe to call it "one of the best performances of the year". Suren Bagratuni won critical acclaim for his CD releases. In addition to his solo activities, Mr. Bagratuni is a member of the Nobilis; Artistic director of the Cello Plus music festival and conducts master classes Worldwide. Suren Bagratuni currently is Artist-Teacher and Professor of cello at Michigan State University College of Music. His students occupy teaching positions in major universities and perform in orchestras throughout the U.S. and abroad. www.surenbagratuni.com