This concert on the Hungarian National Philharmonic’s schedule will once again be unified in concept but still varied in content, with a world-famous Russian conductor, an outstanding young Russian cellist and a programme full of Russian composers. And as if this wasn’t enough similarities, all of the works being played — although Tchaikovsky wrote his in 1877, Prokofiev his in 1917, and Shostakovich’s dates from 1945 — were created under the spell of the classical style, recreating the lightness and translucent sound that characterised the age of Mozart and Haydn.

At age 77, Vladimir Spivakov is a living legend: after gaining fame as a world-class violin phenomenon as a young man, he later founded the Moscow Virtuosos ensemble, which he has conducted ever since. He is an evocative and fastidious conductor, one upon whom Leonard Bernstein once bestowed his own baton. Alexander Ramm, the soloist performing with the Hungarian National Philharmonic Orchestra, was born in Vladivostock in 1988. He studied at Moscow’s Tchaikovsky Conservatory and won a silver medal at the city’s International Tchaikovsky Competition in 2015. He has performed with conductors like Vladimir Jurowski and Valery Gergiev and partnered with such musicians as Julian Rachlin and Denis Matsuev. Tchaikovsky’s Variations on a Rococo Theme appends eight charmingly light and elegant variations to the composer’s own classicizing melody. Prokofiev’s Classical Symphony, an early masterpiece of the neoclassical style of the early 20th century, is marked by a degree of lightness similar to that of Shostakovich’s playful and humorous Ninth Symphony of three decades later. One of his shortest symphonies, it stands out from the composer’s other works in the genre with its carefree mood. 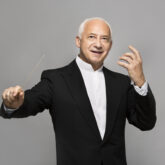 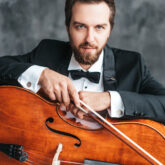